It seems authorities in the Bia West district and the government have not realized the economic importance of the bridge on the river at Kwofie ponkoh that links Ghana and its neighboring country Cote d’ Ivoire at Akaatiso border.

The bridge that was built about 19 years ago has never been visited nor repaired by any  authority, according to some residents at Kwofie ponkoh where the bridge can be found.

Over the years, the bridge has served as the only means through which people from Akaatiso and its environs transport their farm produce to the district capital Debiso.

It is well noted that Cocoa farming is the major occupation for the locals there. The state of the bride however poses a threat to it users including Cocoa purchasing companies in the district.

Residents of the village explain that the bridge got damaged due to heavy trucks that frequently use it to usually cart timber. “It got broken one day in 2014 when a truck loaded with logs crossed it. There were two passengers with the driver in the truck but thankfully, none of them got injured. Nobody cared to rebuild it after that incident until a timber company named AYUM Timber Company built a temporary one with wood to enable them transport their logs and that is what you see there”, residents revealed to our reporter Syxtus Eshun who visited the area. Residents at Kwofie ponkoh also denied the allegations by some radio stations in the district that they the residents had unscrewed bolt used in building the bridge for their interests. They say that assertion is unfounded. They went further to explain that some bolts got rusted and eventually the bridge got broken.

Now both residents and the bridge users fear to allow heavy trucks to use it.

They therefore plead with authorities in the district and central government to rebuild the damaged bridge for them in order to help boost economic activities in the area. 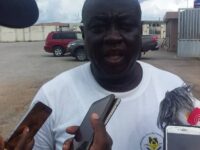 Support us to produce best chicken and eggs-Poultry farmers 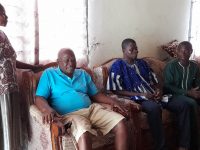 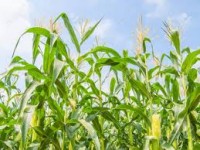