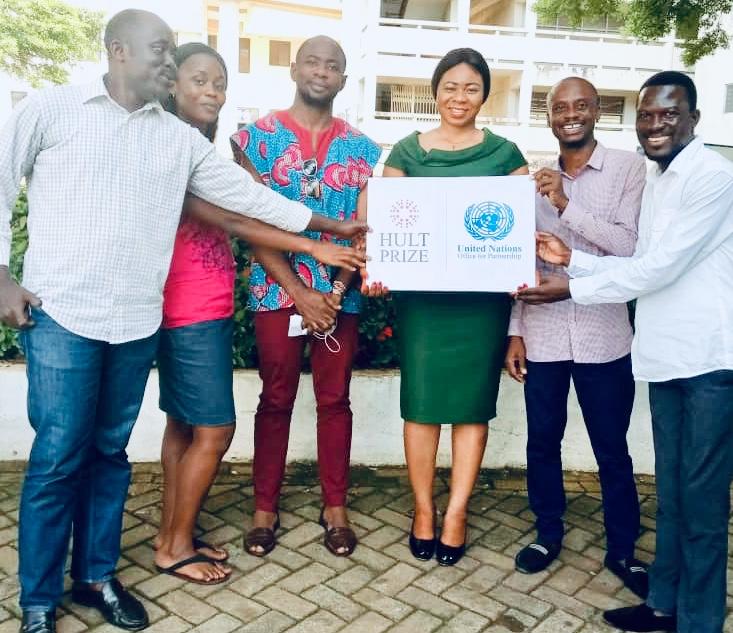 For the first time in the history of Christian Service University College, its students will be participating in the global competition dubbed Hult Prize.

The school which has mostly been known for its sound training in Theology is set to show the varied talents in their students in the several other disciplines  undertaken.

The Local Organizing Committee for OnCampus edition of Hult Prize in CSUC are highly ecstatic about the school’s participation and great show of in-depth knowledge and understanding of entrepreneurship.

Already the Kwame Nkrumah University of Science and Technology (KNUST), University of Ghana (UG), Ashesi, Regent and Wisconsin Universities have been participants since 2016. In last years edition, students of Legon participated in the Annual Hult Prize Regional Final competition in Boston, United State of America.

But the students of CSCU have vowed to outpace them in this year’s competition. Hult Prize came to the CSUC through the Campus Director Osei-Nyamekye Boateng.

BACKGROUND OF HULT PRIZE:
The Power of One Idea
In 2009, the Founding CEO, Ahmad Ashkar had a compelling idea—leverage the crowd to generate startup ideas from young people to sustainably solve the world’s most critical social challenges.

Through the help of Hult, he acted on it. Today, the Hult Prize Foundation is the world’s biggest engine for the launch of for-good, for-profit startups emerging from university and colleges with over 2500 staff and volunteers around the world.

Training over one million youth in impact entrepreneurship over the past decade, the movement has deployed more than $50M of capital into the sector and mobilized and empowered millions of young people to re-think the future of business as it continues to breed disruptive innovation on college and university campuses across 100 plus countries.

The Hult Prize which has been called the”Nobel Prize for Students,” is ranked amongst the world’s most innovative companies by Fast Co. and was featured in a TIME Magazine Cover Story highlighting the “Top 5 Ideas Changing the World.”

MENTORSHIP:
The peculiarity of the Hult Prize CSUC is the connection of participants to entrepreneurs in and around Kumasi for mentoring. If the Ashanti region of Ghana is known for any particular engagement, it is their commitment and success in entrepreneurial endeavors over the centuries.

The Hult Prize OnCampus at CSUC seeks to create a strong relationship between the various teams with some of the successful entrepreneurs who will help them improve upon their social entrepreneurial ideas to help Mother Ghana. So for the teams who may not cross the on-campus competition, their dreams would not die out for not winning the one million dollar assistance but would get strong assistance from their mentors who have many years of experience in the field and can identify great plans even at the dream stage.

So, what idea do you have to solve a problem using one million USD?
Interested students are supposed to form groups of a maximum of four and minimum of three members and start putting together their ideas quickly. The date for the on-campus competition for 2019/2020 would be announced in September 2019 by “The President” Bill Clinton the 42nd president of USA and the founder of Clinton Global Initiative. The winner of OnCampus competition would automatically move in to participate in a regional and then to the grand finale in the United States of America for 1Million dollars as a seed capital for launching a business. 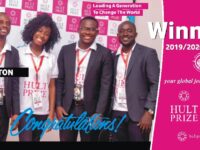