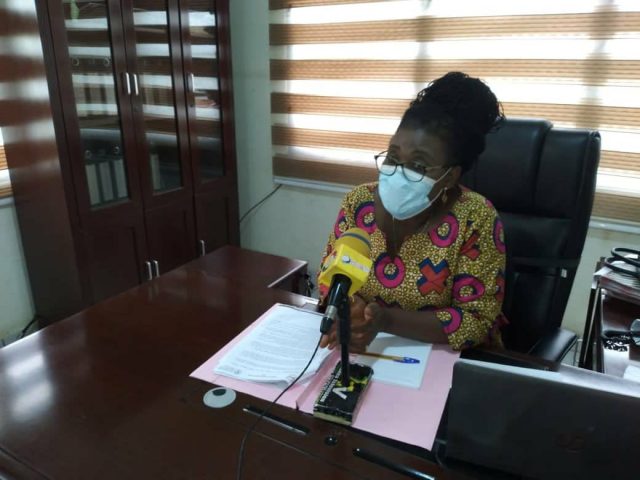 The Ashanti Regional Director of the Food and Drugs Authority (FDA), Mrs Nora Narkie Terlabie has urged the public especially consumers of food and fish products to buy from safe environments.

Speaking to the media as the world celebrated World Safety Day, the Regional Director said vigilance from the public could help stem the worrying trend where unwholesome foods are consumed.

Madam Terlabie said no one should buy foodstuffs displayed on the bare floor.

She also cautioned the purchase of cooked foods near gutters and insanitary conditions.

“I urge the public to buy from safe environments and eat safe foods at all times”,  Mrs Terlabie stated.

MEDIA AND SCHOOL TOURS:
The Regional Director said the FDA had decided to be more proactive by educating sections of the public on food safety and others.

Currently, she noted that officials of the outfit have been touring media outfits including television and radio stations in Kumasi to sensitise the public on its activities.

The outfit, Mrs Terlabie stated has also commenced a tour of some selected senior high schools in Ashanti.

On Thursday, students of Opoku Ware Senior High were treated to a presentation by the FDA that showed how tobacco and unwholesome foods are deadly when consumed.

“We want to double up our sensitization efforts and so far we have started media and school tours where we are educating the public as well as students on the need to consume wholesome and safe substances “, the regional director stressed

ADVICE:
Advising producers of food and consumables,  Mrs Terlabie asked that they factor into the scheme of things the hygienic aspect.

She stressed that it is important that wholesome goods are sold to persons or customers of products.

The FDA, she insisted will not lower the standards for producers of foods since reports have shown that many illnesses occur due to contamination from food substances.

She urged fish and poultry dealers to keep their items refrigerated at all times so as to make them safe for consumption.

“The FDA is on the look out to rid the markets of bad substances especially food and to urge those who sell frozen foodstuffs to keep them refrigerated at all times”, Mrs Terlabie intimated

We were not told to halt Ebola Vaccine trial – FDA 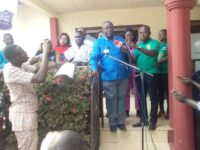