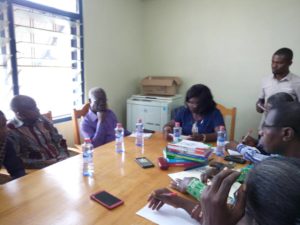 The headmistress of the KNUST Senior High School in Kumasi, Mrs Joyce Owusu-Ansah is begging government to complete a ten (10) Unit classroom block the school started constructing nine (9) years ago.

The project which was started during the tenure of President John Agyekum Kufuor in 2008 has been stalled since the latter part of 2008, the headmistress disclosed.

She noted that the project could have served as additional studying space for students at the School if work on it had been completed and handed over to them.

Speaking to the Ghanaian Observer Newspaper during a visit to the school, Mrs Owusu-Ansah said ‘the increasing 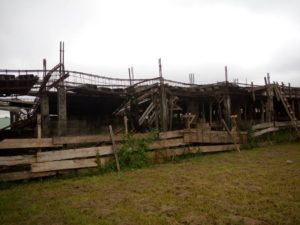 numbers the school is getting due to the free SHS policy makes it urgent for us to get more classrooms for academic studies’.

CHALLENGES:
The headmistress mentioned additional challenges facing the school which included limited kitchen staff and lack of accommodation for staff.

According to her, the school only has 15 kitchen staff whose residences are far off campus.

This, she noted was affecting the running of the school since meals for students often delay due to the huge numbers the school has.

Most of the teachers, the headmistress mentioned stayed at distances far away from campus and could hardly supervise non-academic activities of the students, adding this is affecting discipline.

APPEAL:
Mrs Owusu Ansah has therefore appealed to government and the Ghana Education Service (GES) to urgently consider completing the abandoned class-room complex for the school.

This, she observed will help them get more spaces for the 818 students allotted to the school under free senior high school policy.

She stressed the need for the school to get additional kitchen staff so as to enable them serve the increasing numbers at the boarding house as well as the day students which are now entitled to eat one hot meal a day on campus.

The headmistress also asked for the active involvement of the Old Students Association as well as other philanthropists in the provision of support for the school since government could not shoulder all the burden of the school alone. 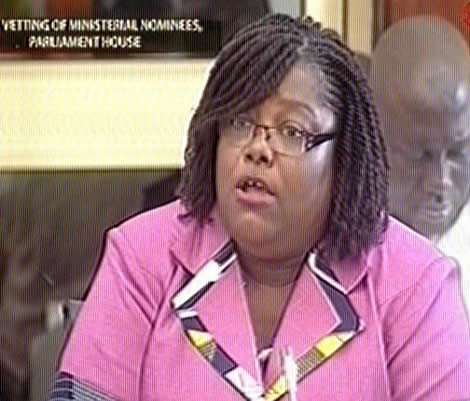