The Chairman of the National Media Commission,(NMC) Mr Kwasi Gyan Apenteng has charged media owners, talk-show panelists and political party agents to consciously censor themselves from spewing out either hate or indecent language on air.

He said, this is crucial even as the country readies itself for the 2016 parliamentary and presidential elections which has been slated for the 7th of December.

Addressing a cross section of media practitioners and political party communicators in Kumasi at a forum organized by the Media Foundation for West Africa (MFWA), the veteran writer and media consultant relayed the importance of keeping the media temperature calm ahead of the upcoming polls.

According to him, there was nothing to be gained through the use of indecent language since people would not be persuaded to either listen to such media outlets or vote for a particular party whose communicator churns out hate speech.

MEDIA OWNERS:
Mr Apenteng appealed to media owners to take particular interest in the kind of programs that goes on in their respective stations, positing any breach by either hosts or panelists would lead to the entire station being sanctioned.

He mentioned the recent Montie Fm case at the Supreme court with its attendant verdict had brought home the need for owners to either sanitize or censor both their programs and panelists.

According to him, the Supreme Court had taught the media that their failure to control their own would have consequential effects on owners, panelists and show hosts.

The NMC chair therefore tasked media owners to take charge of every single activity at their outfits even as political campaigning heats up to the day of elections.

POLITICAL PARTIES:
On his part, Professor Kwame Karikari, former Executive Secretary of the MFWA and lecturer at the University of Ghana underscored the importance for political parties to conduct orientation courses for their communicators.

These exercises, he noted would sharpen the level of knowledge of communicators for them to speak well rather than the resort to indecent or hate speech which particularly occurs during election years.

He stressed communicators were mouthpieces of their individual parties and therefore any statement made by these will be taken as an endorsement from the party hierarchy.

Mrs Doris Yaa Dartey, a member of MFWA and Board Member of the Graphic Communications Group Limited,(GCGL) entreated political party agents to master the art of speaking well in public since their output would either convince or put someone off from voting for their respective political parties.

COMMITMENT:
Representatives of various political parties who attended the forum pledged their commitment to using friendly and civil language on radio as the country prepare for the polls later this year.

Mr Kwame Zu, the Deputy Ashanti Regional Secretary for the ruling National Democratic Congress promised to rein in line all the party’s communicators so as to focus on issues that were dear to the people ahead of the December polls.

Mr Kwasi Kyei, Ashanti Regional Communications Director for the New Patriotic Party,(NPP) assured participants that the party would do nothing to erode the peace the people were enjoying in the region, stressing if anything bad happens the party would be the biggest loser since Ashanti is its stronghold.

Mr Osei Kofi Acquah, a member of the Convention Peoples Party,(CPP) and a regular radio panelist told the Ghanaian Observer Newspaper the CPP was only focused in bringing up good and workable policies to ensuring the country works again, stressing foul language was not part of the party’s vocabulary. 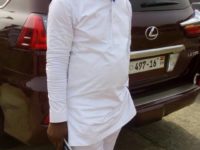 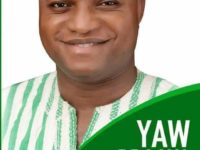 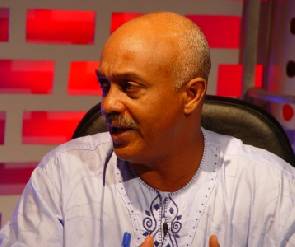