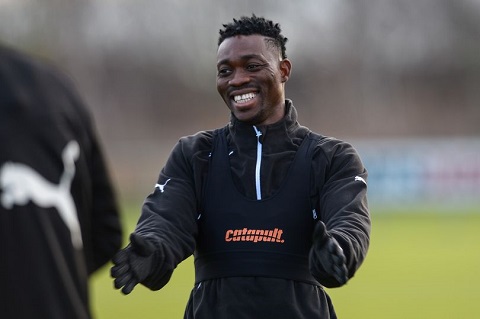 Ghana News-Ghanaian winger, Christian Atsu has begun his pre-season training with Newcastle United as gears up for a new season.

The former Chelsea man utilizes this time to work on his fitness after going through a knee surgery in the latter part of the 2017/2018 season.

However, Ghana missing out at the World Cup has indeed given Christian Atsu the ample time to get himself ready for the upcoming season.

Atsu took to Instagram with a video which depicts him going through some training rudiments with the caption “Step by step, day by day. Things are getting better”