Folks, I trust you are all well. A friend keeps pestering me with inbox messages for me to repeat a joke in my previous article, “The Incorrigible Congregation”. I have ignored him for sometime now because I hate recycling stuffs. But for the sake of those who did not read it, let’s have an encore.

In a particular church, promiscuity and drunkenness was rife among members especially the youth. The Senior Pastor during a Sunday church service, preached: “If I had all the akpeteshie in the world, I’d take them and dump them into the river”. And the congregation cried, “Amen!”

“And if I had all the brukutu and palm wine in the world, I’d take them all and dump them in the river”. Again the congregation cried, “Amen!”

“For our closing hymn, let’s turn to page 126 of our hymn books and sing, ‘We shall drink from that river'”.

I have never doubted President Mahama’s passion for the healthcare needs of our rural folks. The fact that he and his appointees are sacrificing 10% of their salaries to build Community-based Health Planning Services (CHPS Compounds) around the country is enough justification.
I had the opportunity of witnessing the signing ceremony of 250.9 million dollars Global Fund grant at the Flagstaff House yesterday, August 18, 2015. The grant was meant to fight AIDS, malaria and TB for the next three years. Speaking at the ceremony, His Excellency President John Dramani Mahama said that his government is making significant progress in investment in the health sector because he believes the health of the people of Ghana is critical towards our economic development. And that we cannot develop or progress as a country with a sick population. According to him a lot of investment have gone into providing new facilities to improve the quality of healthcare to the people of Ghana.

“One of the major areas in which we are making progress and continue to work with our partners is in the rolling up of CHPS Compounds, so that we bring healthcare more to the doorsteps of our people in impacting positively in terms of lowering maternal mortality; in terms of lowering child mortality…,” he said.
My eyes welled up with tears, and I felt the emotion and the passion with which the President spoke, and stories of people who have lost their lives traveling long distances to access healthcare came to mind.

Just as I stepped out of the auditorium where the ceremony took place, I had a WhatsApp message regarding the NPP’s press conference demanding a new biometric voters register. The opposition claim names of thousands of Ghanaian voters in the Volta Region have been traced in the Togolese Voters Register, and purported photos of the alleged perpetrators have gone viral on social media.

Interestingly, some of the people who identified themselves in the photos going viral, claim some people took their pictures and told them they are going to use the photos to process MASLOC loans for them. They were, therefore, shocked as to how they became Togolese!

The opposition like the aforementioned congregation is becoming incorrigibly pesky and must be ignored by the good people of Ghana. 198 million Ghana Cedis was provided by government in 2012 for the biometric registration exercise. It is estimated that over 250 million Ghana Cedis would be needed for a new voters register.

The cost of building a CHPS compound with features including a General OPD, Delivery Room, Consulting Rooms, Nurses Station, Labor Ward and accommodation for staff is GHC216,000. By this calculation, the cost of going for a new voters register based on those frivolous excuses could build 1,157 CHPS Compounds. It is estimated that each CHPS compound serves a community of about 5,000 people. This means that 1,157 CHPS Compounds can save the lives of about 5.8 million of our rural folks. The question I want to ask is: do we need CHPS Compounds or a needless new voters register? 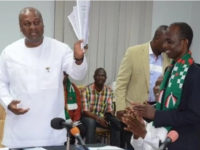 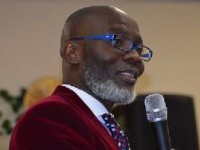 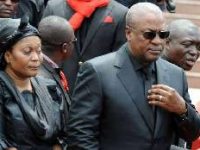 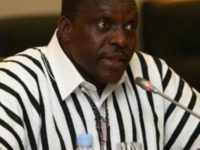