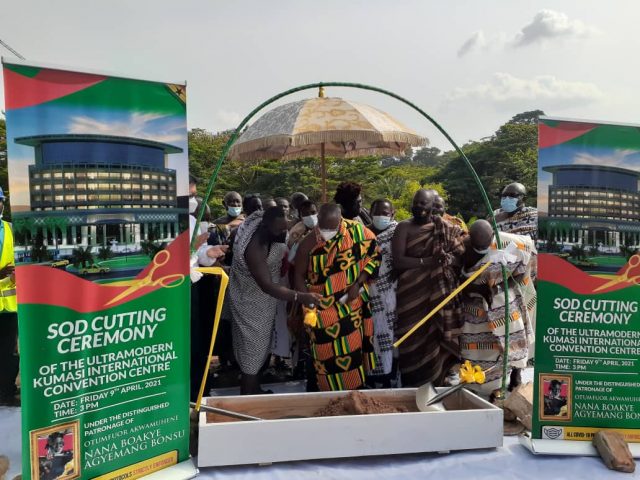 Nana Boakye Agyemang Bonsu, Chief of Asafo and Representative of Otumfuo breaking the ground for the commencement of work by the CAITEC group for the Kumasi International Convention Center (KICC) project

CAITEC Group, a Chinese consortium will within the next five years build a comprehensive office complex, a luxurious hotel, a parking lot, gymnasiums and tennis courts in the spacious land in front of the Kumasi Metropolitan Assembly (KMA).

Christened as the Kumasi International Convention Center (KICC) project, the ultra modern complex is expected to cost between 15 and 20 million dollars.

Speaking to newsmen after a brief ground breaking ceremony at the project site, Tang Hong, Project initiator and Head of CAITEC Group said the project would be commenced and completed with a touch of the typical Chinese speed.

He noted that availability of funds from the consortium would determine the duration the KICC project would be completed but said it would be within five years.

Mr Hong expressed appreciation to the Asantehene for the timely manner of the release of land for the project.

This support from the Manhyia Palace, he noted, had given the consortium hope of commencing the project as soon as possible.

The CAITEC boss said the project would be done by Chinese and Ghanaian workers and would offer job spaces for masons, carpenters and other artisans they may need.

He also thanked the Kumasi Metropolitan Assembly for the support it has offered the Group since it set up business in Ghana 26 years ago.

Addressing the gathering later, Nana Boakye Agyemang Bonsu, Chief of Asafo and Asantehene’s representative assured the CAITEC Group of the King’s support for the project.

He also asked the Group not to hesitate to call on the Overlord of Asanteman any time they need help to push the project to its completion.

Nana Bonsu asked Ghanaian and local workers who would be employed to work on the project to display competence and honesty in their dealings.

This, he noted, would spur the Chinese as well as other expatriate companies to take local hands any time they would want to carry out a project or set up a company. 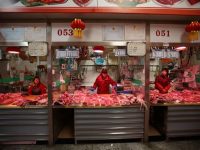 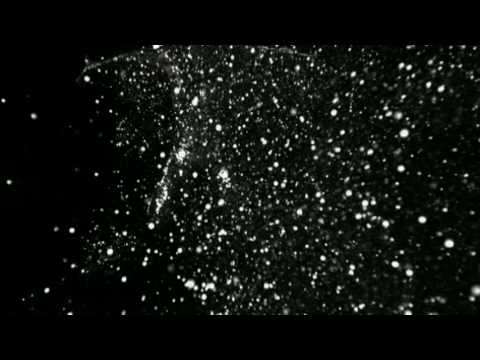