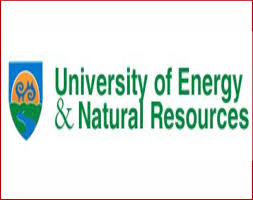 A senior lecturer at the Planning Department of Kwame Nkrumah University of Science and Technology in Kumasi, Dr. Stephen Takyi has observed that the re-naming of the University of Energy and Natural Resources, Sunyani   after the late Prime Minister, Dr. Kofi Abrefa Busia is a misplaced priority for the ruling NPP government to pride itself with.

The Planning expert believes that the late Dr. Busia would have loved a University that is well furnished and resourced named after him rather than one that lacked requisite infrastructure. He stated that the University of Energy and Natural Resources currently lacks the needed logistics for her operation.

Speaking on Otec fm’s Nyansapo political show in Kumasi last Friday on August 16th 2019, Dr. Stephen Takyi further questioned the kind of consultations the President made before choosing the said facility. He recalled that the NPP in opposition had issues with the establishment of the institution.

“I recently saw a graduation ceremony of the University being held under tents, so I think the President must consider improving the resource. I know that the late Busia won’t like the University being named after him its present state. The issue of naming and renaming is against the NPP ideology as a UP tradition. I also know that Universities do not need to be named after personalities” he said.

President Nana Addo Dankwa Akufo-Addo last week applauded the decision by the Governing Council of the University of Energy and Natural Resources to name the outfit after Dr. Kofi Abrefa Busia; a former Prime Minister of Ghana.

“The decision is an excellent one, which will receive the blessing of the President of the Republic, so that, once the parliamentary process has been completed, this University will, thereafter, be called the K.A. Busia University of Energy and Natural Resources, Sunyani,” President Akufo-Addo said.

Dr. Stephen Takyi however further accused the President of naming state institutions after only politicians who are pro-NPP insisting that there are other heroes of the country who contributed their quota in the past and need to be remembered.

He noted that true sons and daughters of the state especially Teachers, Police, Soldiers, and other professionals must also receive similar recognitions. He claimed that the lack of this recognition has contributed to the mad rush for political positions at the expense of sacrifice to the state. 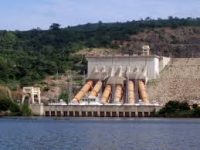 The untold story of the Akosombo Dam