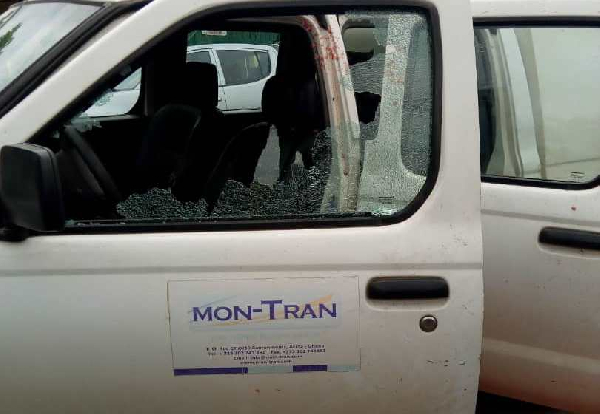 The unfortunate incident occurred when the officer stepped out of the bullion car to maintain order on the road.

Kenny Stephen, an eyewitness who spoke to Ghanaweb.com said, the youth were on their way to the cemetery to bury a deceased 22-year-old lady. Upon getting to the main road, they dropped the coffin amidst chanting.

With their presence being an impediment, the policeman fired warning shots, an act which infuriated the youth. They subsequently went after the officer who in an attempt to defend himself shot one in the leg.

The bullion van driver realizing how chaotic the scene was, stepped out of the car but was mistakenly shot by the police officer. The crowd fled, leaving the coffin in the middle of the road.

According to Stephen, the policeman reported himself to the nearest police station. The body has since been sent to the morgue.