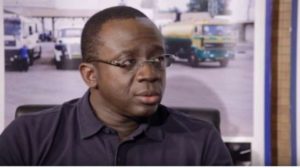 Aspiring Ashanti regional NDC Chairman Joseph Yammin is at the throat of the New Patriotic Party  over a damning comment circulating on social media against former Managing Director of the Bulk Oil Storage and Transport Company (BOST).

“The Economic and Organized Crime Office (EOCO) is on the heels of Kingsley Kwame Awuah-Darko, the immediate-past Managing Director (MD) of the Bulk Oil Storage and Transportation (BOST) Company Limited, over some alleged payments and withdrawals from the government’s account.

Joseph Yammin however has taken up the role of schooling the NPP zealots circulating that post on how things work in governance. He wants the NPP folks to take time to seek clarity before rushing out to create untrue pictures of corruption in the erstwhile administration.

“It is legal transferring monies into flagstaff house account by BOST so why this noise about Awuah Darko being investigated by EOCO. They should stop using Awuah to cover up their corrupt deals. Should it take the BOST saga to institute investigations into Awuah Darko’s administration if he mishandled BOST as an institution?”

“When will they also tell us the good things that Awuah Darko left at BOST as the MD of the place?”, Yammin queried emotionally.

Oyiwa, I said it. Who say man no dey?