Ghanaians have been asked to blame the media for the deep cracks within the New Patriotic Party (NPP).

Youth organiser of the NPP in Techiman South tells rawgist.com “all they know is to talk about happenings in the NPP leaving the nonperforming NDC government”.

This is coming from the Youth organizer of the NPP in the Techiman South constiuency in the Brong Ahafo Region.

He says the media in Ghana is not helping matters in the handling of the internal wrangling ongoing in the NPP. He adds that the media must do justice to how the NDC
government is not performing and let the NPP be so that the party can have the right thinking mind to solve the challenge confronting the party.

He made this known to rawgist.com in an exclusive interview in the Techiman municipality.

Saeed Ibn Abdul Rahman is calling for calm in the party since what the party needs now is peace and unity for power in 2016.

He adds that the main focus of the party now should be how to convince the electorate to exercise their franchise in favor of the NPP and not to add up to the deep
crack already in existence. 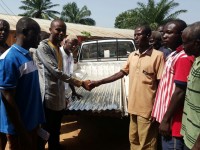 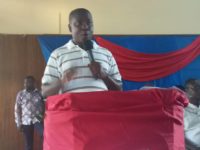 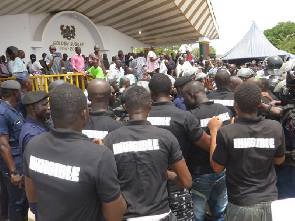