This unfortunate event happened on his farm at Bofa; a farming cottage near Bibiani.

Police and other farm workers who were with him believe he shot himself mistakenly.

Yaw Donkor, one of his boys who was working on his pineapple recounted that the incident occurred some distance away from them. They had worked  together for some time after which Mr. Aboague Dacosta decided to venture deeper into the bish for game. They later heard a gunshot but could not imagine that the farmer was in trouble. After over two hours, when they realized he was not returning, they decided to search for him. It was then that they found him dead with his gun in his ribs.

It is believed that he slipped and fell on the clocked gun. 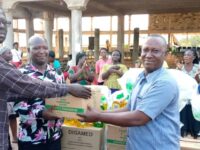 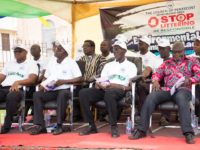 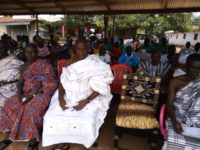