The renaissance was a period in European history that marked the transition from the middle ages to modernity and covered the 15th and 16th centuries. The need for a renaissance always comes at the back of catastrophe or crisis, and as was the case when Europe suffered the crisis of the late Middle Ages which was due to great social change, many entities in the annals of history have needed a renaissance to catapult them from crisis. The football club Barcelona is of no exception as far as this phenomenon is concerned. This write up takes us through a series of events in Barcelona’s modern history (1990-Date) where a renaissance was necessary and which renaissance was masterminded with a Dutch (Holland) coach at the helm of affairs.

As good a club as Barca was, they were a club not many considered as an elite side. With all their successes in La Liga, they were always in the shadows when compared to their arch-nemesis, Real Madrid. Not only had Madrid dominated the La liga scene, they had won many times the European Cup (Champions League) which Barca had won none. Barcelona was a club only dominating in the 2nd tier of European Club Competition, The UEFA Cup Winners’ Cup which was absorbed into the UEFA Cup and now UEFA Europa League. Domestically, Barca dominated in the Copa Del Rey which many didn’t fancy compared to the La Liga. For Barca to be considered an elite club, they had to rewrite the script and not only bridge the gulf between them and Real Madrid, but also rub shoulders with Europe’s elite sides by annexing their most coveted European Cup (Champions League) trophy. 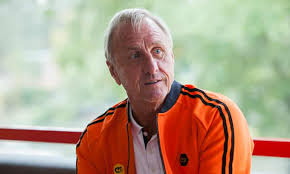 As fate will have it, in order for a renaissance to occur came Barca’s own major crisis in their history; “El Motin Del Hesperia”. The mutiny of Hesperia which occurred on the 28th of April 1988 at a hotel called Hesperia, had twenty two first team players and the then head coach, Luis Aragones declaring a revolution against the club management by denouncing the then club President Josep Lluis Nunez over claims of inhumane and unprofessional treatment of the players and the club (Reasons for which are not the focus of this article). As the fans turned in favour of the club President due to a woeful showing in the season by the playing body (23 points difference behind Real Madrid with four games remaining, being knocked out in Europe by Bayern Leverkusen and winning an all too familiar Copa Del Rey against Real Sociedad), the President embarked on a massive clean-up which led to the sacking of head coach Luis Aragones and the appointment of Johan Cruyff as new manager. The changes were so massive that the latter took over the team with only ten first team players available. The Dutchman suddenly changed the playing style from a counter attacking one which was common under the former coach to a high octane pressing and attacking style. So much was the change, it permeated into the reserve and youth teams of the club and hence made it easy for players from the reserve sides to easily fit in the first team when needed. El Flaco (the Skinny one) as he was known during his playing days at Barcelona built Barca’s golden generation with international talents as Hristo Stoichkov, Michael Laudrup, Ronald Koeman and later Romario de Souza Faria (Simply known as Romario) as well as a spine of Catalan and Basque players such as Bakero, Salinas, Ferrer, Guardiola, Txiqui and Sergi and not forgetting of other squad members such as Eusebio, Amor and Nadal. This renaissance led to Barca winning four consecutive la liga titles for the first time in its history and in May 1992 at the Wembley Stadium, Barcelona overcame a spirited Sampdoria side in extra time thanks to a lone goal scored by Ronald Koeman to give Barcelona it’s most cherished premier European cup. Alas, Barcelona can now claim to be an elite side and pen their names with the crème de la crème of European football. Johan Cruyff and his dream team had catapulted Barcelona from the Mutiny of Hesperia and registered the Blaugrana on the global scale from 1990-1996.

Cruyff left a huge vacuum difficult to fill and even though Bobby Robson who took up the mantle from the Dutch mastermind managed to win a Copa Del Rey and a Cup Winners’ cup, it was not enough for him to be maintained as coach of Barcelona. Barca again turned to their Dutch in the form of Louis Van Gaal in an attempt for another renaissance. Proclaimed as the new Johan Cruyff at the back of his achievements with Ajax as head coach, Van Gaal took over from Bobby Robson at Barcelona. Even though he could not propel Barcelona to Champions League victory, in the 1997-98 season, Barca won three trophies (The league, Copa Del Rey and UEFA Super cup) under his tutelage and for the first time in 39 years Barca had won the double (League and Copa). In 2000, President Lluis Nunez decided not to put himself as candidate for Barca’s presidential elections and that meant the end of Van Gaal’s managerial career at Barcelona. He was however to be reappointed as Manager for the 2002-2003 season by President Joan Gaspart after the club had failed to win any trophy for three consecutive seasons and even though his second stint was not to be a charm, he left his successor, a follow Dutchman Frank Rijkaard players such as Carles Puyol, Xavi Hernandez, Andres Iniesta, Victor Valdez, Thiago Motta, Rafael Marguez and Oleguer and these will later prove instrumental in the not too far future of the club. 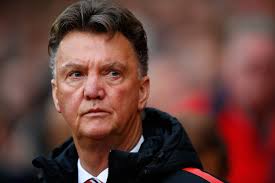 After President Joan Laporta took over the reins at Barca, he resorted to a Dutch in Frank Rijkaard to help propel Barcelona into being a dominant force not only in La liga but in Europe as well. This Project was hinged on the shoulders of the mesmeric Ronaldo de Assis Moreira, popularly known as Ronaldinho and between 2004 and 2006, this love match was a success. Barca won back to back La Ligas and annexed their second UEFA Champions League in 2006. The team was back, where they belonged. Even though success will not be replicated in successive years, it is what Rijkaard left behind that will go a long way to make Barca into a force unparalleled. Even though he met players such as Puyol, Xavi, Valdez, Marguez and Iniesta, it is he who made Xavi, Valdez and Puyol starters, converting Puyol from playing cameo right back into a full Centre back and Captain to form a wonderful partnership with Marquez. Additionally, Iniesta who made cameo appearances for the first team as a youth player became a member of the first team and was a constant substitute. In addition to these, Rijkaard brought in and left behind Samuel Eto’o, Henry Thierry, Gabriel Milito, Yahaya Toure and Abidal. Chief amongst these, was the promotion of the diminutive Argentine Lionel Messi. Not only was he promoted but he was made an integral part of the team by summer of 2007. And though Gurdiola will dominate the world of football in 2008-09 season with the inclusion of players like Dani Alves, Pique, Sergi Busquets, Pedro Gonzalez, Seidu Keita, Martin Caceres etc, it is of no secret the success of the all-conquering team was hinged on Messi, Iniesta , Xavi, Puyol, Valdez, Henry, Yahaya Toure and Samuel Eto’o; players Van Gaal and Rijkaard had left behind. In 2011, when the team will conquer Europe again, Messi, Xavi, Puyol, Iniesta and Valdez were again very instrumental. Again, in 2015 when the team conquered Europe under Luis Enrique, the usual nemesis of Xavi, Iniesta and Messi were present. From 1992 up to 2015, Barca had moved from no Champions league trophy since the club’s formation in 1899, to winning 5 Champions League titles and dominating Real Madrid in the Clasicos as well as La LIga. In that duration, Barcelona had not only won more trophies than Real Madrid, but more than any club in Europe’s top five leagues. In fact, Barcelona has the most trophies of any club in Eurpe’s elite leagues thanks to a renaissance begun by Johan Cruyff. Though Coaches like Pep Gurdiola and Luis Enrique have played a colossal role, it cannot be denied the immense contribution of Johan Cruyff, Luis Van Gaal and Frank Rijkaard in this renaissamce. Not just the trophy haul amassed by them, but the template of philosophy brought by Johan Cruyff and the discovery of talent by Luis Van Gaal and Frank Rijkaard which became the core of this revolution in European football. 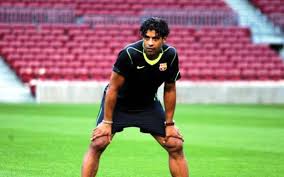 Once again, Barcelona have capitulated into chaos and crisis and similar to the Mutiny of Hesperia, Playing body reacted in the summer of 2020. The debacle of Bayern Munich where Barca was trounced 8-2 by the former was the last straw that broke the camel’s back. This led to the Club’s all-time great, Lionel Messi sending a burofax asking to leave the club of his life, an impeachment of the then board led by President Josep Maria Bartomeu, an unscheduled presidential election in the middle of the season, BarcaGate expose, financial crisis, and a global pandemic amongst other difficulties. If the mutiny of Hesperia required a Renaissance, then these events required one of equal measure. Barcelona have yet again relied on a former player and also a Dutch manager in Ronald Koeman to steady the ship and lead this renaissance. Even though his first season wouldn’t be described as a success by all Culers but none objective and truthful enough can deny the fact that, they didn’t expect this team in the heat of all the crisis occasioned in the summer of 2020 to win a Copa and be in contention for La Liga in the dyeing embers of the season. Koeman may or may not continue as head coach for Barcelona for the impending season but one cannot deny that he has set the tone and foundation for whoever will fill his shoes, should need be, to continue this renaissance. Despite a tight budget, he has brought in Dest, Pedri, Trincao, Aguero and Eric Garcia; promoted Minqueza, Moriba and made Araujo a regular; improved vastly Frankie De Jong, Ousmane Dembele, Antoine Griezman and despite Ansu Fati’s injury, it was evident the massive improvement in his game before his unfortunate injury; and to make sure the squad still remains competitive players like Emerson, Wijnaldum, Depay amongst others are likely to Join. 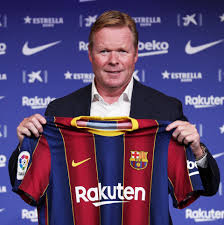 Another crisis, another Dutchman appointed to kick-start a renaissance. Will this renaissance be actualised soon enough with or without Ronald Koeman? While we wait, let all Culers resign themselves to the lyrics of the Club’s anthem “EL CANT DEL BARCA” where it says “Ara estem d’acord, Esten d’acord, Una bandera ens agermana. Blaugrana al vent., Un crit valent. Tenim un nom el sap tothom; Barca! Barca! Barca!!!” translated as “Now we all agree, we all agree, One flag unites us in brotherhood. Blue and Claret blowing in the wind, One valiant cry. We’ve got a name that everyone knows; Barca! Barca! Barca!!! 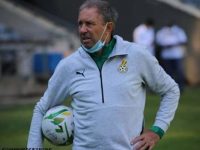 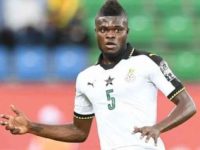