The taskforce which was inaugurated by the Ashanti regional minister,Dr. Samuel Sarpong comprises all heads of security agencies in the region will ensure a free and fair process in the district level elections. Similar taskforce has also being formed in the various districts and municipalities in the region.

The taskforce will be deployed across the 4,628 polling stations and the 1,053 collation centers to ensure a peaceful electoral process in the district assembly and unit committee elections.

The District Assembly and Unit Committee elections which are slated for Tuesday 3rd March, 2015 will give electorates the chance to vote for assembly and unit committee members in their electoral areas.

He however warned all District and Municipal Chief Executives to not interfere in the operations of the taskforce.

“The duty of the taskforce is to ensure that electioneering processes  run smoothly at the same time monitor the process of elections in the region.Regioanl ministers and District Chief Executives are not part of the taskforce,” he stated.

The Minister who is also the Chairperson of the Ashanti Regional Security Council (REGSEC) also has an oversight responsibility on the operations of the taskforce.

Chairperson of the taskforce, DCOP Kofi Boakye assured the taskforce will ensure a peaceful electoral process and will not be intimidated by individual interference.

The operations and responsibilities of the taskforce will also be extended to the 2016 general elections. 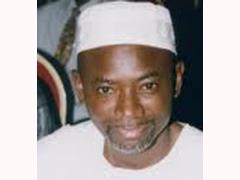