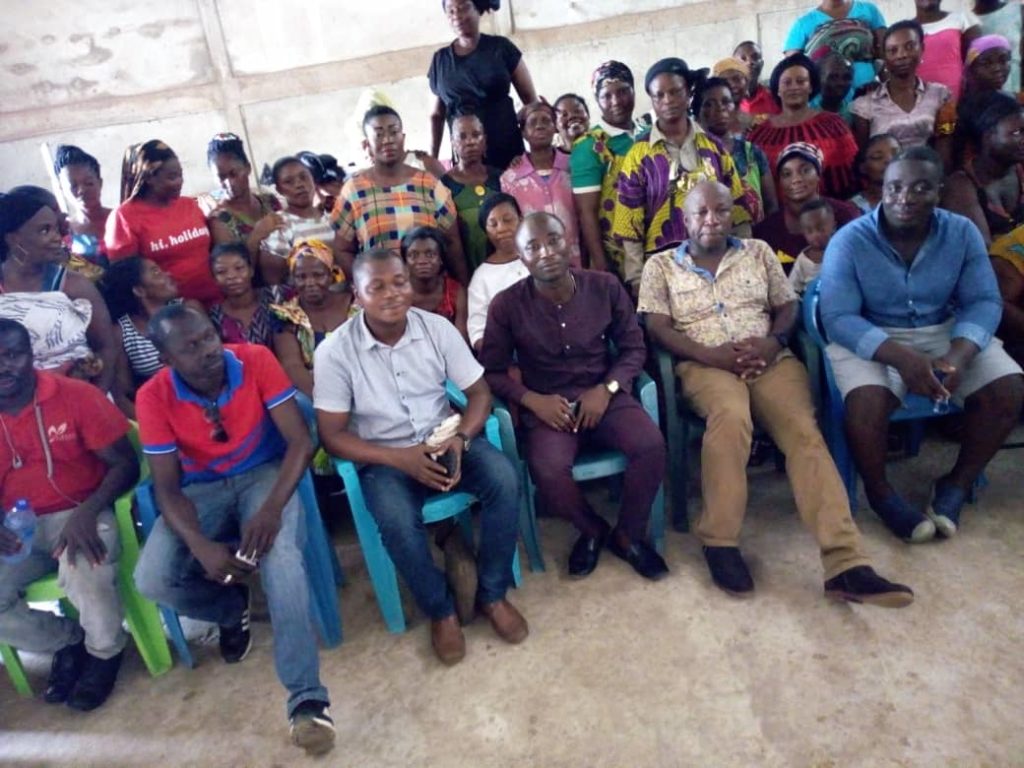 The Ashanti Regional organizer, Francis Adomako accompanied by some party communicators last Wednesday toured one of the popular market arenas in Kumasi, the race course to interact with the traders.

Visiting shop after shop and shed after shed, the regional organizer and his team including the Asawase constituency organizer listened to concerns from the over 1, 000 traders and market women.

Dominant among the concerns expressed by the traders were lack of capital for them to do proper trading and the lack of the appropriate conditions at the site of trading.

They therefore requested that the Micro-finance and Small Loans Center (MASLOC) secretariat look to them and advance some loans for them to expand their businesses.

Samuel Owusu, a rice seller at the arena said his finances have gone down due to the lack of vibrancy at the market.

He appealed to the organizer to ensure those selling along the routes in the metropolis are brought inside the arena to do so.

Abena Tawiah, hardware dealer said those selling at unapproved areas around the redeveloped Kejetia market have been denying them the sales and vibrancy the market should have attracted.

Speaking to traders later at a forum, Francis Adomako, who is popularly called ‘Francois’ commended the traders for coming out with their concerns in an open and frank manner.

These concerns, he noted will be forwarded to the appropriate quarters for redress, adding the Regional Minister and the Kumasi Metropolitan Chief Executive would be contacted to put the race-course arena in the best of shapes.

He also promised to liaise with the Regional MASLOC Director so she could advance some loans for the traders to expand their businesses.

Mr Adomako assured the traders of periodic visits to ensure they do well at their new found place.

‘’I am happy you all have come out today to express your concerns in such a frank manner  and I also  promise I will relay all that you have told me to those in charge and get you feed back as well as solutions to the concerns so far expressed’’, Mr Adomako noted.