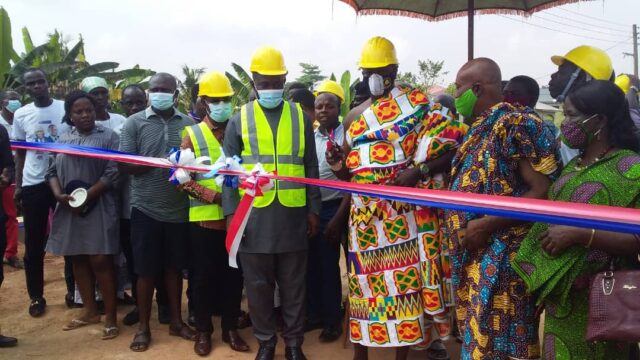 The Chief of Asamang, a town in the Ejisu constituency,  Nana Prempeh Buhyeaman II, Monday morning joined the MP-elect for Ejisu, Lawyer John Ampontuah Kumah to commission an engineered bridge over the Bediwaa Amponsah river.

Speaking at a brief ceremony, Nana Buhyeaman said an earlier bridge over the river had broken down over a decade ago.

He noted that several attempts had been made to get it fixed by authorities and the former MP but nothing was done on it.

The Chief therefore commended the MP-elect for the area, Lawyer Kumah for heeding to their plea to get the bridge repaired in no time.

“We are grateful to God that we now have an MP who do not only listens but is also proactive to act on what we request of him to be done for the people of Asamang and Ejisu and we know more development is on the way as he settles in at the legislative assembly”, the Chief said to deafening applause.

MP-ELECT:
Addressing the media at the site of the bridge, MP-elect for Ejisu, Lawyer John Kumah said the Asamang bridge linked many adjoining communities to the main road to Ejisu.

He noted that since it was an important route it was needful that a quick attention was given to its repair to facilitate transportation and commuting.

The MP commended the contractor, So Good Company Limited for ensuring the bridge was engineered and constructed within a month.

Lawyer Kumah pledged his commitment to ensure that other routes in Asamang were given a facelift with asphalt during his tenure as MP.

“I have asked my constituency executives to put together data on all roads in Ejisu that needs urgent attention so that we could work towards getting them fixed to ensure accessibility of same within the constituency”, the youthful MP-elect posited.

INSPECTION:
Later in the day, Lawyer Kumah in the company of the Media and some traditional heads toured another bridge which is under construction in the constituency after being broken down since 1968.

Upon completion of works, the bridge would link the towns of Kokoobra, Fumesua, Adako-Jachie and Okyerekrom to the main town of Ejisu.

Speaking on site to the media, Lawyer Kumah said the bridge is also being done by same So Good Company Limited and would be completed within the next 21 days.

The MP-elect who is also a contractor by profession said friends of his including So Good Company Limited and others have reached an agreement with his outfit to work to ensure that roads in Ejisu become accessible at all times.

We blew it – Gyan 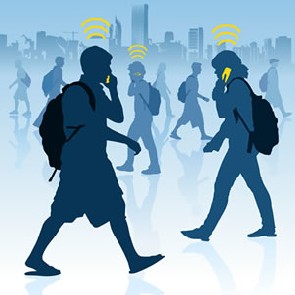