Arab slave traders and their captives along the Ruvuma river (in today’s Tanzania and Mozambique), 19th-century engraving.

In my last post I cited how Christian missionaries were instructed to treat West Africans by a European King. It was not nice at all. There was little if any respect for Blacks. Now I want you to understand how Islam came to Black Africa.

I think the best way to describe how Islam got a foothold into Black Africa, and what it thought of Blacks is with the following paragraphs taken from:

I will leave you now to read the following but I will be back soon with Part 4 and many more to come.

“The Arabs began to invade Africa in large numbers from 749 CE when they settled in Alexandria, Egypt. They were mistakenly seen as African cousins and were welcomed as saviours from the oppressive rule of the Byzantium (Graeco-Roman domination.) The Arabs did not directly force their religion on the African Egyptians at first, that followed later, but unlike Christianity, Islam could not be translated into local languages.

With the Africans, looking for something to replace their banned traditional religion, and imposed Graeco-Roman Christianity, literacy in Arabic soon spread, and assisted by inter-marriages and Christian apostasy, (the reverse was punishable by death in Islam) to gain relief from taxation, Islam quickly became the religion of the land.

Although the Qur’an does not distinguish between races, there is a strong legacy of racism against Africans from early Islam because the language, traditions and customs of the Arabs supports the down grading of the African race.

Dr. Azumah in his book: The Legacy of Arab-Islam in Africa provides several examples of Islam’s hatred of Blacks. There is the example in the hadith in which an Ethiopian woman laments her racial inferiority to Muhammad, who consoles her by saying, “In Paradise, the whiteness of the Ethiopian will be seen over the stretch of a thousand years.”

Another hadith quotes Muhammad thus: “Do not bring black into your pedigree.” In fact, the Arabic word for slave, “Abd,” became equated with Africans and Blacks with the advent of Islam. Osama Bin Laden, in a discussion with the Sudanese-American novelist, Kola Boof, in Morocco in 1996 said, “when next you meet an Arab, you should ask what is the Arabic word for slave, you’ll discover that the words are the same “abeed.” Which is why, when an Arab looks at a black African, what he sees is a slave.”

Muhammad owned and sold Black slaves. In fact, he ordered and built the pulpit of his mosque with African slave labour. The Qur’an encourages sex with female slaves in several places. Classical Islamic law allows a light-skinned Muslim man to marry a Black woman, but a Black Muslim man is restricted from marrying a light-skinned woman. As the literature of the time put it, “only a whore prefers blacks; the good woman will welcome death rather than being touched by a black man.”

So interwoven is slavery with Islam that Islams’ holiest city, Mecca (site of the Haj pilgrimage), was a slave trading capital. Quoting Azumah again, up until the 20th century, Mecca served as the gateway to the Muslim world for slaves brought out of Africa. “It became a custom for pilgrims to take slaves for sale in Mecca or buy one or two slaves while on Haj as souvenirs to be kept, sold or given as gifts.”

Muslim Arab and Persian literature depicts Blacks as “stupid, untruthful, vicious, sexually unbridled, ugly and distorted, excessively merry and easily affected by music and drink.” Nasir al-Din Tusi, a famous Muslim scholar said of Blacks: “The ape is more capable of being trained than the Negro.” Ibn Khaldun, an early Muslim thinker, writes that Blacks are “only humans who are closer to dumb animals than to rational beings.”

Ibn Sina (Avicenna 980–1037), Arab’s most famous and influential philosopher/scientist in Islam, described Blacks as “people who are by their very nature slaves.” He wrote: “All African women are prostitutes, and the whole race of African men are abeed (slave) stock.” He equated Black people with “rats plaguing the earth.” Ibn Khaldum, an Arab historian stated that “Blacks are characterized by levity and excitability and great emotionalism,” adding that “they are every where described as stupid.” 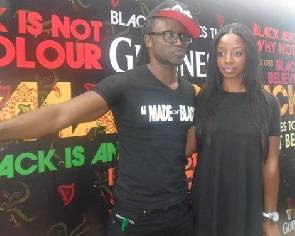