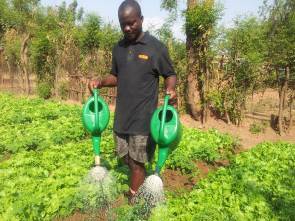 Agriculturist, Prof. Simmon Fialor has advised politicians to consult technocrats before throwing promises out to the electorate.

He tells rawgist.com in an interview that “Politicians say things that will appeal to the people”. He explains that those things might not necessarily be feasible.

The lecturer cited the ruling government’s one village one dam promise and explained that ” when you put dams in every village, you are going to waste some of that money”. The says it is always important to bring in technical people to assess the feasibility of their intentions before throwing it out to the public.

The ruling party, during the electioneering campaigns promised to build dams in villages across the northern parts of the country to boost agricultural production; a vision that was summed up in a catch-phrase: One village, one dam.

Various arguments have been raised concerning this promise with members of the ruling party supporting and justifying it in all forms while the largest opposition party continues to question the promise.

Prof. Fialor, however believes that though siting dams may not be bad, a lot of questions need to be answered in consultation with technical people to determine how to make such a project beneficial and relevant to Ghanaian farmers. 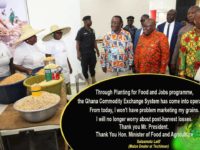