The Attorney General’s Department says it still cannot trace documents indicating payment of a whopping ¢34 billion (Ghc3.4 million) to one Nana Emmanuel Duke Woode for the confiscation of his companies by the government in the heat of the 1982 ‘revolution.’

Documents available to the Commission on Judgement Debts showed that Nana Woode received the money somewhere 2006 for the confiscation of his wood processing companies when the government, through the Controller and Accountant General’s Department, authorized the Bank of Ghana to release ¢34,758,343,331 to him (claimant).

Nana Woode was said to be the owner of both Holex Ghana Limited and Priorities Ghana Limited that were seized by the Jerry Rawlings-led military junta after the overthrow of a constitutionally elected government.

Asikkua Agambila, Executive Secretary of the then Divestiture Implementation Committee (DIC), has already testified that the DIC had no idea about the transaction saying, “The two companies have never been a subject for divestiture.”

He explained, “We would think that at the time that the companies were confiscated in those circumstances, it is most likely they would have been handed over to the Confiscated Assets Committee located at the Castle and not to the DIC.”

Dorothy Afriyie-Ansah, a Chief State Attorney representing the AG, told the Commission of Enquiry investigating the payment of judgement debts yesterday that they had conducted a diligent search and could not trace any documentation.

Sole-Commissioner, Justice Yaw Apau, then said that once the payment was processed through institutions including the Ministry of Finance, the Commission was going to subpoena the ministry to explain what had transpired.

In another development, the AG representative told the Commission that the department could still not locate the full file on the matter involving three people who sued the government following a lorry accident involving a military vehicle in the Brong-Ahafo Region.

She later furnished the Commission with the files of the numerous cases involving African Automobile Limited (AAL) and the government.

Mrs. Afriyie-Ansah also told the Commission that the AG’s Department was not aware of the deconfiscation of Subin Timber Limited to a certain Daniel Kofi Adobor after the government had seized it in the heat of the ‘revolution.’ 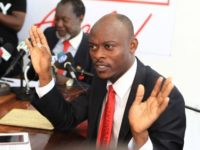 Pass RTI Bill before you go on recess – PPP to Parliament 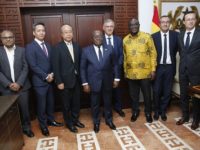 Car manufacturer; Suzuki to set up in Ghana 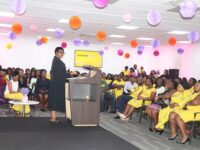