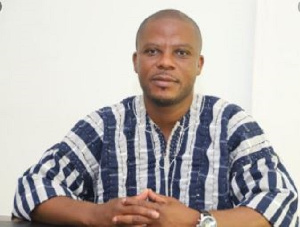 The Acting CEO of the National Youth Authority, Mr Nelson Owusu Ansah has said considering the role of agriculture as a key pillar in enhancing socio-economic transformation in Africa, there is a critical need for African governments to create appropriate linkages along the value chains, from backward (raw product stage) through critical investments to ensure a viable and sustainable forward (processed or value-added stage) and even side-stream linkages, not only to ensure and improve the growth of the agriculture sector but also to maximize returns on investments, spur innovation and ultimately reward young people who venture into agribusiness.

Mr Owusu Ansah made these remarks at the National Validation Workshop – Baseline study on employment opportunities and prioritization of activities for engagement of Youth in Agribusiness on Thursday 14th January 2021, at the Ministry of Food and Agriculture Resource Center in Accra.

He said for Africa to fully leverage on and reap the full benefits of its youthful populace, millions of employment opportunities will need to be created to engage the majority of youth who incidentally reside in rural communities.

“Also with the record number of graduates expected to be churned out of Ghana’s tertiary institutions due to the introduction of government’s flagship FSHS policy, agriculture/agribusiness offers the most viable economic employment tool, especially as it provides opportunities for both skilled and non-skilled youth,” he added.

Touching on the need to give real meaning to youth participation in agriculture, the Ag CEO said the time has come for pragmatic steps to be taken to attract and actually keep young people in agribusiness as opposed to paying mere hip-service to entice them only for them to be frustrated by the realities within the sector.

“Rhetoric on youth participation must go beyond symbolism to offer financial, marketing, branding, modern and technological support to ensure motivation and real rewards for young people engaged in agribusiness” He reiterated.

On the contributions of the NYA in driving the youth-in-agriculture initiative forward, Mr Owusu Ansah said the Authority as a policy formulation and regulating, the body has placed a premium on agribusiness as a viable economic venture and has reached out to all relevant and implementing public and private institutions to integrate aspects of the draft revised National Youth Policy which the Authority spearheaded and is awaiting cabinet approval, into their programmes as policies of action.

He also mentioned the proposed formation of the Ghana Youth Federation (GYF), the umbrella body of all youth groups to ensure a well-structured, coordinated, unified and compact youth front which he believed will also promote accountability in terms of representation.

Lastly, he mentioned the Authority’s flagship Youth Parliament Model, which is a platform for young persons to deliberate on issues affecting them and to enable them to influence public policy through emergent outcomes of their deliberations.

Mr Owusu Ansah finally commended the Food and Agriculture Organization (FAO) for committing resources to the project and even more, for extending an invitation to key and real architects and major actors such as the National Youth Authority and The Youth Employment Agency to come on board and make inputs and share their experiences. 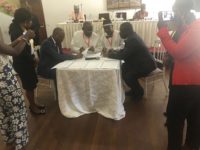