Mr. Peter Kumbeso Mensah, the young politician who was doused with acid during the 2012 general elections in the Techiman Municipality has picked a nomination form to contest primaries in the Techiman North constituency of the Brong Ahafo Region.

The former NPP Constituency Organizer led a team of about 50 party faithful amidst drumming and dancing to the constituency office at Tuobodom where he picked the forms.

The Tuobodom township came to a standstill when the process was ongoing with some NDC sympathizers joining the fray.

Addressing the press after picking the forms, Mr. Peter Kumbeso Mensah said as a party activist who has passed through the rank and file of the party, the time has come for him to be given the chance to serve the people of the Techiman North Constituency.

He said as someone who has stayed all his life in the Techiman North constituency, he knows the challenges facing the constituency. He added that most residents in the area are Akan and Northerners’and because he is half Akan and half a Northerner he understands them well.

He called on the delegates who will exercise their franchise to vote for him since he is the best candidate now for the constituency.

Peter Kumbeso Mensah was doused with acid during the 2012 general election when returning from a peace talk programme where he had represented the former MP for Techiman north; Prof. Ameyaw Ekumfi.

He was later on flown to Germany by the NPP for treatment. Nobody has been apprehended by the police in Techiman for the atrocious deed.

He also called on all delegates to respect all candidates who have shown interest in picking their nominations forms since it is a game of convincing delegates to give you the chance to serve.

He prayed that the process is not marred by violence, skirmishes and squabbles since the area is a peaceful one. 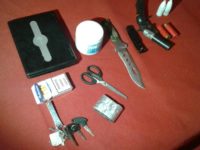