Two traders have been arraigned before an Accra Circuit Court for human trafficking.

The accused persons, Nana Yaw Kwakye and Jonson Kissi, both traders, denied the charges preferred against them.

At Muus in Taifa, a suburb of Accra, the two were said to have agreed and acted together with a common purpose to recruit one Grace Oforiwaa to Kuwait for domestic work, and collected an amount of GH¢3,500 from her.

At the trial in the court presided over by Ms Sedina Agbemeva, the prosecutor, DSP Abraham Annor said the complainant, Isaac Kyeremanteng is a commercial driver and resident of Akyem Tumfa.

He said both Kwakye and Kissi are residents of Pokuase and Taifa respectively and that in January 2014, the accused persons having no documents to recruit the persons in Ghana to work abroad, convinced Isaac to give them GH¢3,500 under the pretext of offering a job to Grace in Kuwait.

He added that having collected the money, the accused persons managed to get Grace to Kuwait.

According to DSP Annor, Grace, on arrival, was handed over to a man who engaged her as a building construction labourer and forced her to work 19 hours daily.

She fell sick as a result and informed Isaac about her ordeal. Isaac was compelled to get in touch with Kissi to get Grace back.

Prosecution averred that Kissi demanded GH¢1,850 to get Grace whose passport had been seized by her master in Kuwait back. Isaac then informed the police.

DSP Annor said on June 10, the complainant, in the company of the police, went to CMB under the pretext of paying the GH¢1,850 to Kissi.

In the process of collecting the money, Kissi was arrested. Kwakye followed up to the police headquarters, where he was identified by Kissi as his accomplice. 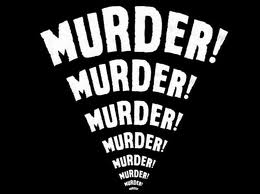 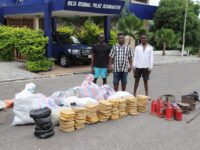