Second Vice-chairman of the New Patriotic Party (NPP) Sammy Crabbe was nearly lynched on Monday, November 23 at the his party’s headquarters as he tried intervening in a scuffle between the police and the party’s private security which calls itself ‘Invisible Forces’.

Class News reporter Parker Wilson reported from the scene of the incident that Mr Crabbe was saved by the police who whisked him away to safety.

Police officers in Accra took over the headquarters after the place was ransacked by party supporters suspected to be loyal to suspended Chairman Paul Afoko. Mr Crabbe came out recently to say he still recognised Mr Afoko as chairman contrary to a decision by the National Executive Committee and the National Council of the party to suspend him indefinitely for allegedly working against the interest of the party and its flagbearer.

The police, according to ClassFMonline.com sources, besieged the headquarters around 3am following the invasion.

The party’s private security personnel, the Invisible Forces, insisted the police hand over security of the headquarters, a demand that sparked exchanges between officers and party supporters.

Class News’ Parker Wilson reported that eleven men, who posed as military men, invaded the NPP’s office at dawn and caused mayhem. Wilson said the suspects have been arrested by the police.

The NPP’s parliamentary candidate for Awutu Senya West, Mr George Andah, was also at the scene to intervene. 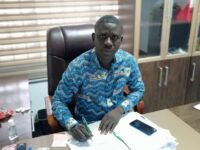