“15 Reasons to Keep Coconut Oil in Your Bathroom”

By Dr. Joseph Mercola/Guest writer for Wake Up World 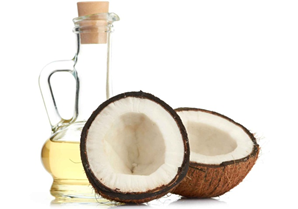 While multiple companies manufacture and market “new and improved” consumer goods that we use every day, such as soap, toothpaste, deodorant and body lotion, one of the best and most natural products has been right under our noses, so to speak.

Coconut oil is an amazingly versatile, therapeutic, and very economical substance with a mild pleasant scent. Coconut oil, like butter, is a solid substance, melting to a liquid form when it reaches about 76 degrees. Insoluble at room temperature, it takes on a creamy consistency when blended with water using a whisk. As long as it is not treated to processes such as bleaching, refining or deodorizing (always buy organic), coconut oil exudes the mild fragrance you would expect — like coconut.

Since around the mid-1990s, coconut oil has become increasingly popular among the health-conscious for a number of personal applications, such as cleansing, deodorizing and healing. In fact, there are a plethora of benefits and applications for raw, organic coconut oil in the bathroom…

2 Kinds of Coconut Oil — Commercial Grade and Virgin
First, it helps to understand how your coconut oil is produced. Regarding its production, there are two basic types: Commercial-grade and virgin coconut oil.

Commercial grade coconut oil — This product is made from copra, which is the dried meat of the coconut. It’s usually smoke-, sun- or kiln-dried or a combination of the three. But when standard copra is used to make coconut oil, it’s not sterile and therefore unsuitable for human consumption.

It’s “purified” or refined through a process known as RBD — refined, bleached and deodorized. According to Coconutdiet.com:[1]

High heat is used to deodorize the oil, and the oil is typically filtered through (bleaching) clays to remove impurities. Sodium hydroxide is generally used to remove free fatty acids and prolong shelf life.

This is the most common way to mass-produce coconut oil. The older way of producing refined coconut oil was through physical/mechanical refining. More modern methods also use chemical solvents to extract all the oil from the copra for higher yields.

Virgin coconut oil — In comparison, like olive oil, coconut oil is best when “first-pressed” and “virgin.” Like pressing a teabag that’s been steeping in boiled water a few minutes, the first water released will contain the most actual extracts.

The second time it’s pressed, as in the teabag analogy, the result isn’t as concentrated. Coconutdiet.com continues:

Virgin Coconut Oil can only be achieved by using fresh coconut meat or what is called non-copra. Chemicals and high heating are not used in further refining, since the natural, pure coconut oil is very stable with a shelf life of several years.

Quick drying of fresh coconut meat which is then used to press out the oil. Using this method, minimal heat is used to quick dry the coconut meat, and the oil is then pressed out via mechanical means.
Wet-milling. With this method, the oil is extracted from fresh coconut meat without drying first. ‘Coconut milk’ is expressed first by pressing.
The oil is then further separated from the water. Methods which can be used to separate the oil from the water include boiling, fermentation, refrigeration, enzymes and mechanical centrifuge.

Why Keep Coconut Oil in the Bathroom?

Raw, organic coconut oil, besides being good enough to eat has a plethora of benefits apart from actual ingestion. Here’s a list of 15 benefits of coconut oil, in no particular order:

A study on the metal content in lip balm revealed lead, aluminum, cadmium, chromium and manganese in high concentrations, some associated with reproductive, developmental or other adverse health effects.[2]

Ninety percent of the body washes and cleansers you buy contain harmful chemicals such as sodium lauryl sulfate or sodium laureth sulfate, which, in combination with other chemicals, can form cancer-causing nitrosamines.[3]Coconut oil can even improve acne.

Another deodorant recipe combines 3 tablespoons each of coconut oil, arrowroot powder (or cornstarch) and baking soda.

Antiviral, antibacterial and antifungal compounds in coconut oil have been shown to inactivate microorganisms such as bacteria, yeast and fungi.[4]

Healing Properties of Coconut Oil
Virgin coconut oil has been described as having a “haunting, nutty, vanilla flavor (and) even milder and richer-tasting than butter.” A New York Times article noted that coconut oil, while once demonized by the “all saturated fats are bad for you” camp, has now become accepted:

… Any number of health claims have been made for lauric acid. According to proponents, it’s a wonder substance with possible antibacterial, antimicrobial, antiviral properties that could also, in theory, combat H.I.V., clear up acne and speed up your metabolism.[6]

Even applied topically, coconut oil has healing properties. One interesting factoid is that while antiperspirants containing aluminum are associated with Alzheimer’s, coconut oil actually prevents it because of the medium-chain fatty acids (MCFA) that are easily absorbed and metabolized by the liver and can convert to ketones. One study noted:

Ketone bodies are an important alternative energy source in the brain, and may be beneficial to people developing or already with memory impairment, as in Alzheimer’s disease (AD) … (It may also) be beneficial in the treatment of obesity, dyslipidaemia, elevated LDL, insulin resistance and hypertension — these are the risk factors for (heart disease) and type 2 diabetes, and also for AD.[7]

Alzheimer’s is projected to affect 1 in 4 Americans in the next generation, rivaling obesity and diabetes, but evidence suggests that ketone bodies in coconut oil may help restore and renew neurons and nerve function in your brain, even after damage has set in.

Regarding coconut oil in the kitchen, even as a household cleaner, there are a few points to consider:

• Virgin coconut oil has a smoke point of 350 degrees, so for cooking, it’s best used at lower temperatures. Olive oil overcooks even as low as 250 degrees, which may cause oxidization, doing your body more harm than good.

• You can substitute coconut oil for butter or olive oil, and most definitely instead of so-called vegetable oils. Here’s why:

Multiple studies reveal coconut oil to impart amazing benefits when used in nutritional applications. One of the most dramatic changes you can make in your health will be to replace the so-called “healthy” vegetable, soy, corn and cottonseed oils such as canola when sautéing food or baking cake or cookies.

It’s interesting to note that Polynesian populations, who’ve been using full-fat coconut oil as a diet staple for untold generations, have no heart disease to speak of. Why? It’s a direct contradiction to what conventional medicine touted for a few decades, that saturated fats are bad for you, and will lead to obesity, high cholesterol levels, heart disease and Alzheimer’s.

The truth is, saturated fat like that of coconut oil and olive oil is natural, not the concocted substances created in a laboratory using methods like hydrogenation and partial hydrogenation that convert polyunsaturated fatty acids to trans fats. Vegetable and seed oils undergo the double whammy of hydrogen atoms and high heat, creating a cheaper oil with a long shelf life that’s very bad for your health.

Further, when vegetable oils are heated to a high temperature, the chemical compounds break down, get “stuck” in your cells, oxidize and create dangerous free radicals that lead to disease, including heart disease and cancer. Here’s a timeless article on the type of oil you should cook with.

[1] How is Coconut Oil Produced?
[2] Concentrations and Potential Health Risks of Metal in Lip Products
[3] Final Report on the Safety Assessment of Sodium Lauryl Sulfate and Ammonium Lauryl Sulfate
[4] Coconut Oil Offers Hope for Antibiotic-Resistant Germs
[5] 10 Toxic Beauty Ingredients to Avoid
[6] Once a Villain, Coconut Oil Charms the Health Food World
[7] The role of dietary coconut for the prevention and treatment of Alzheimer’s disease: potential mechanisms of action. 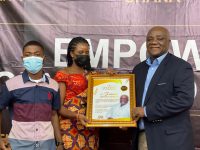 Group honors Addai-Nimo for outstanding contribution to development of Asanteman 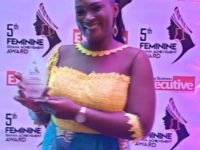